Support for our local businesses

The purpose of this project is to identify potential businesses and provide a support service to businesses in the Greenford Avenue Shopping Parade in the Hanwell Big Local area. The kick off Phase of the project started in June 2015. HAT have offered business support, advice around parade concerns/frustrations and help with visual marketing.

The reaction to the project was extremely positive, particularly around a longer term goal to set up a Traders group and create an identity for the shopping parade. In year 2016, traders set up a formalised trading group North Hanwell Traders Association and are working closely together to make decisions and prioritise the needs of the parade. They have signed a constitution agreeing to work together to develop initiatives that will drive more business to the parade and bring them even closer to their customers.

At the beginning of the year, traders agreed objectives for the year and continued to encourage all traders to participate in the development of the group.

Traders developed a logo and created a website which will enabled them to host information on businesses, discounts and update the community on events and plans.

The group have been identifying priorities for the parade and have begun to liaise with local authorities including councillors and police. In November, following negotiations with councillors and Ealing recycling team a major clean up of the private land behind the parade took place.

In year 3, a bank account was set up and is being managed by elected lead members. The team have received funding from Hanwell Big Local to assist with the development of a logo, website and two events.

There were lots of great plans for year 2017 and the group worked hard to continue to develop and make a real difference.

NHTA held Summer Beach Event on Saturday 1st July 2017 and it was successful and well attended. The team had t shirts and hoodies made for the event. Local councilors supported the hire of gazebos and tables. Activities included personal training exercises and a beach with music supplied by UFO steel band. 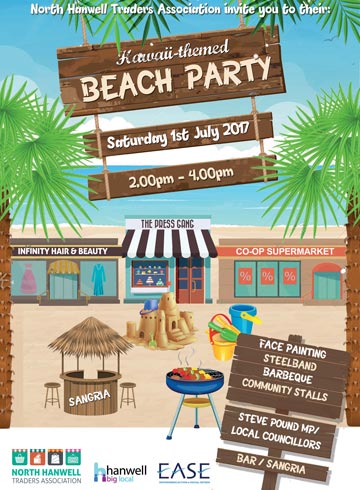 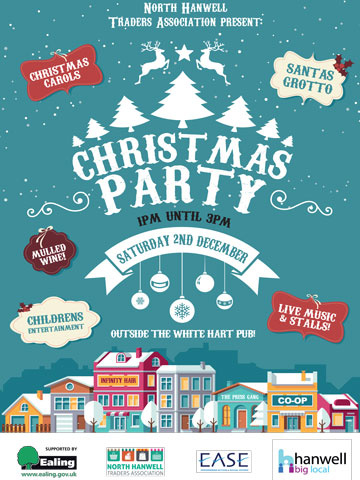